All the Powers of Curcumin: the Impact on the Immune System

Turmeric (lat. Curcuma longa) is a spice obtained from an underground tree (rhizome) of the eponymous plant characteristic for the area of India and Southeast Asia. This spice boasts a long tradition of application in Ayurvedic medicine where it is used as a food, cosmetic preparation and natural remedy.

The characteristic yellow color of turmeric is due to the polyphenol curcumin, an active ingredient from the group of curcuminoids.

Thanks to the beneficial properties of curcumin that have been discovered so far, scientists believe that curcumin has a preventive and protective effect on a wide range of diseases including malignant, autoimmune, neurological, metabolic, lung, liver and cardiovascular diseases.

Among the most common areas of application of curcumin are conditions of weakened immunity and allergic diseases characterized by excessive reactivity of the immune system.

Curcumin against bacteria, viruses and fungi

Turmeric has been used for centuries as a natural preservative in food production, so it is not surprising that scientific research has shown that curcumin – a pigment from turmeric has antibacterial, antiviral and antifungal properties.

A study published in 2015 examined the effect of curcumin on four known bacteria that cause disease in humans (Staphylococcus aureus, Enterococcus faecalis, Escherichia coli and Pseudomonas aeruginosa).

Research has shown that curcumin damages bacteria’s protective outer shell, making it permeable which means that harmful substances from the environment can penetrate in the bacteria and that the contents of the bacteria itself can leak out. This causes the bacteria to become weakened and die.

But bacteria are organisms with great ability to adapt to the environment and acquire resistance to antibiotics.

For example, those bacteria that are able to combine themselves into a biofilm have increased resistance to antibiotics.

Biofilm is a specific bacterial formation that is protected on its surface by a shell that makes this community resistant to external influences, and different bacterial species that live within the biofilm work for each other.

A study published in 2016 in a professional pharmaceutical journal showed that the corresponding antibiotic along with curcumin had stronger antibacterial properties than the antibiotic itself tested on more than 60 different types of bacterial biofilm.

The scientists concluded that curcumin together with antibiotics acts synergistically, meaning together they increase the action of both substances, so curcumin is recommended as a supportive therapy in addition to antibiotic therapy.

That curcumin is a powerful ally in health is shown by research that has studied the effects of curcumin on viruses.

Thus, a study published in 2010 showed that curcumin in laboratory conditions successfully destroys influenza viruses, even the the H1N1 swine flu virus.

Human papilloma virus (HPV) is the name for a group of viruses that infect the skin and mucous membranes, and infection with certain types of viruses can lead to the development of cervical cancer, but also and to some other types of cancer in women and men.

Types 16 and 18 carry the highest risk of developing cancer. HPV produces oncoproteins so called “bad” proteins that interfere with the natural immune response and normal cell death, leading to damages that can progress to cancer.

In a laboratory study in 2006, curcumin showed anti-tumor activity by inhibiting the production of “bad” proteins in HPV types 16 and 18.

The antifungal properties of curcumin were proven in 2009 when the effect of curcumin was examined on 14 strains of Candida including Candida albicans which most commonly causes problems such as skin infections, vaginal candidiasis and digestive disorders in people with weakened immune systems.

But the real power of curcumin lies in the fact that curcumin manages to modulate the immune system.

So in 2007 it was proven that curcumin affects the growth of cells of the immune system – it stimulates the production and activation of known fighters of our immunity T cells, B cells, macrophages and killer cells.

Under normal circumstances, the immune system does not attack pollen or cat hair, however, in people who are allergic to this substance, their body produces IgE antibodies that cause the release of histamine molecules and these lead to swelling and inflammatory processes.

Then the classic symptoms of allergy appear: runny nose, itchy eyes and sneezing.

Allergic asthma is the most common form of asthma and over 50% of asthmatics suffer from allergic reactions.

Allergens in the lungs cause an overreaction of the immune system leading to muscle narrowing around the airways and inflammation in the airways that eventually fill with thick mucus.

In the treatment of allergic asthma, it is crucial to take steps to reduce allergen exposure to a minimum. Also, patients will often be prescribed drug therapy, and curcumin is a good supportive drug therapy.

A study published in 2014, in which 60 subjects participated, examined the effect of curcumin taken as supportive therapy in addition to prescribed drug therapy for 30 days.

Respondents were divided into two groups, of which one group received curcumin in capsules in addition to drugs, while the other group received only drugs.

The results of spirometry showed that curcumin successfully reduced airway obstruction in the subjects.

Also, in the curcumin group there was an improvement in certain blood parameters (total and differential leukocyte count and erythrocyte sedimentation rate).

Based on the results obtained, the scientists concluded that curcumin is a safe and effective supportive therapy in the treatment of bronchial asthma due to its strong anti-inflammatory properties. 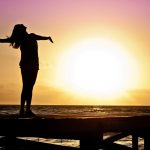 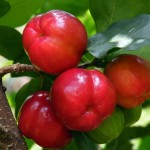