When we eat foods of plant origin, we also take in protective substances through them, which play a significant role in preventing the development of various diseases. Therefore, choose your snacks carefully.

For a long time, the beneficial effects of plant-based foods have been attributed to the many vitamins, minerals and fiber they contain. Scientific studies has shown that foods of plant origin contain thousands of active compounds, called phytonutrients, which contribute to better health.

Like us, plants are exposed to harmful radiation, poisons and pollution, and exposure to toxic effects is the cause of the formation of free radicals in their cells. Free radicals can bind to proteins, destroy cell membranes and DNA and destroy them.

Since plants cannot be protected from harmful effects, nature has supplied them with protective substances – phytonutrients. By consuming plants rich in phytonutrients, each containing thousands of them, we ensure our protection.

In the past 30 years, several hundred phytonutrients have been recognized and their positive effect on human health has been investigated ever since.

The most common and well-known phytonutrients are carotenoids. They give foods, such as carrots and tomatoes, an orange, red and pink color.

Lutein and zeaxanthin are especially active in the eye: they protect the retina and pupils from oxidative damage, and thus from the development of cataracts and macular degeneration caused by aging.

Lycopene is particularly effective in protecting membrane fats from oxidation, which is associated with the intake of lycopene, which has a lower risk of cardiovascular disease and prostate cancer. Lycopene is also believed to be important in the prevention of heart disease because it prevents or reduces the harmful effects of free radicals on LDL cholesterol.

Before cholesterol is accumulated in the form of deposits that sclerotize and narrow the arteries, it must oxidize, and free radicals are responsible for that.

With its strong antioxidant action, lycopene can prevent the oxidation of LDL cholesterol. Eating foods rich in lycopene (peppers, tomatoes, watermelons) is associated with a reduced risk of prostate cancer. Recent research also suggests that lycopene may increase sperm count in infertile men.

Research says that beta-cryptoxanthin promotes respiratory health. Smokers and passive smokers have been shown to have lower levels of this carotenoid. Also, alpha-carotene and beta-carotene have a role in promoting respiratory health because vitamin A is important for good lung function and development.

How can Phytonutrients help your Health?

Blueberries have anthocyanins that can help with memory and cognitive function of the brain. Tomato is rich in red pigment lycopene, which can help with heart disease and cancer, and ginger contains gingerols, which can help with hypertension – high blood pressure. Citrus intake is associated with a reduced risk of stroke, thanks to its phytonutrient hesperidin, which seems to increase blood flow in the body, including the brain.

Hundreds of phytonutrients have been found to have anti-inflammatory and antioxidant effects. Six months of consuming the phytonutrients curcumin, the light yellow pigment in turmeric and quercetin, which is naturally found in fruits and vegetables such as red onions and grapes, reduces the number and size of polyps by more than 50% in patients with hereditary colon cancer.

Many phytonutrients can help block the formation of new blood vessels that feed tumors, and others appear to be effective in defending the body from toxic invaders.

Researchers have found that phytonutrients in plant foods, such as fruits, vegetables, leaves of tea and beans, can block the effects of dioxins in “in vitro” studies.

It seems that the level of phytonutrients in the bloodstream achieved by consuming three apples a day or red onion has halved the toxicity of dioxins for the human body. As these effects of phytonutrients lasted only a few hours, we should be sure to eat healthy foods of plant origin at every meal.

An interesting example is the phytonutrient isothiocyanates found in broccoli, which can affect the behavior of a gene in the liver that breaks down potentially carcinogenic chemicals and other toxins.

Without consuming broccoli, that gene is not activated, and the body is looking for other detox tools. By consuming broccoli, the gene is activated and more actively participates in the detoxification process. Some of us have those genes and some don’t. If we don’t have it, broccoli can’t help us fight carcinogens in this way.

Of course, broccoli as a vegetable has many other beneficial benefits, not just the ones listed above.

Another interesting example is tomato, which contains the phytonutrients lycopene, which, among other things, influence the behavior of genes responsible for prostate health.

Lycopene gives the characteristic red color to tomatoes, watermelons and red grapefruit. It is a powerful antioxidant that captures and neutralizes free radicals that damage the body’s cells.

The chemical form of lycopene that we find in tomatoes changes due to the temperature to which it is exposed during processing, so that the body absorbs it more easily when the tomato is cooked. Cooked tomatoes in our diet, in addition to all the benefits, also reduce the risk of prostate cancer.

Balance of Nature – Your Way to Optimal Health

If you are not able to eat a variety of foods rich in micronutrients or you are in a constant race against time, be sure to consider supplements to your diet through some of the products from Balance of Nature lines.

At Balance of Nature believe that to achieve complete health, you must strive for a balanced life. They refer to this philosophy as The Triad of Health, which encompasses the physical, spiritual, and chemical aspects of health. These have everything to do with what you do, think, and (of course) eat!

Their products and philosophies are rooted in real science, and you can really expect to see real results. They strive to make a high-level of health possible for people by providing the highest quality products available. 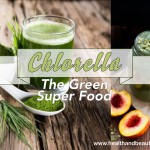 « Permanent make up: All faces of the current beauty trend
All the Powers of Curcumin: the Impact on the Immune System »