Healthy Herbs From Our Surroundings

Yarrow – A Sum Of Health And Energy

Yarrow is a healing herb that reaches up to 80cm. It has green stalks and white flowers on the top. It can be found in a variety of meadows and pastures. Yarrow grass is a source of energy, even the ancient Greeks thought so, and therefore they gave her the name Achilea millefolium, according to the mythical Greek hero Achilles. Yarrow is growing and is harvested in the summer.

This healthy herb contains many different substances, minerals and vitamins. She is the base for preparing various recipes, but the most famous is tea from yarrow. Aficionados of folk medicine have prescribed to yarrow many positive health effects, especially to the digestive system.

Yarrow herb has healthy effects upon the stomach, problems with digestion, vomiting,… She is great for cleansing the body, regulating hormones and stabilization of the metabolism. Like chamomile and this herb is great for rinsing and paneling, to appease infections and other inflammatory processes.

She is known for her healthy effects in situations when must come for cleansing the liver, in conditions of poisoning, viral hepatitis and other diseases that attack the liver. Except for liver yarrow is good and for pancreas, immune system, stomach, heart, kidneys and other vital organs.

Tea from yarrow is excellent for nursing mothers, for people who suffer from psoriasis, against cracks on hands and similar conditions. Yarrow herb is great also for calming the nervous system, it is recommended to make and baths that are really great, have a soothing effect, relax the body and make you feel brightly and cheerfully. Experts on alternative medicine recommend yarrow for women who have heavy and painful monthly cycle.

According to everything that we mention before we can realize that yarrow is friendly to our body, it has a great variety of positive effects on many conditions, so it is time for us to pay more attention to her frequent use.

Sorrel – The Most Popular Wild Vegetable

Sorrel or Rumex acetosa is a meadow plant originally from Europe, which has grown from May to July. Its stem is erect and furrowed along the entire length and reaches a height of one meter. At the stem alternately are located leaves pointed and which have very long stalks. The tip of the stem ends with a reddish colored flowers. Its roots are developed deep in the earth.

This plant usually grows in wet meadows and pastures.Can be also found despite the streams and areas that are overgrown with grass. Meadows because its flowers usually get the red color.

In the diet are used leaves that are dark green colored and juicy and are closer to the ground. It is best to be harvested when the tree is not fully developed, meaning his flowers are not so blossoming. It’s called “young sorrel.”

The leaves of sorrel are with acidic (as the name of this plant is) and refreshing taste. Because of this he is the favorite part of the food of the people. For sorrel is said to be one of the most popular wild vegetable plants.

The sorrel leaves contain vitamin C and carotene. In them there is an oxalic acid too, and therefore it is not recommended taking frequent sorrel from persons who are prone to forming kidney stones.

Healing Effects Of The Leaves Of Walnut

Walnut is a precious gift of nature. Walnut leaves are also very useful and much more healing than that at the moment you think. Read shortly how to prepare tea from walnut leaves and why they are so healing.

Walnut leaves are available fresh for a long period of the year, but it is best to pick them in June since then they have the best effect. From these leaves we can make liners, but also we can make tea for internal use.

According to the connoisseurs of folk medicine tea from walnut leaves is possible anti-inflammatory medication. Acts against hardline fungal and bacterial infections, is effective for the treatment of inflammatory processes of the skin and inflammation of the digestive tract and acne.

This tea has the power to calm intestinal infections and has a soothing effect on acne that are a big problem especially among young people. When we use this tea for liners it has to be completely cooled.

Put two tablespoons of petty dried, walnut leaves in a bowl of fire. Add 250 ml water and allow the fire to boil 4-5 minutes. Then remove the mixture from the fire and strain.This tea can be used maximum 2 to 3 times a day.

CAUTION! Some people can develop sensitivity to the tea, which will show symptoms such as nausea, vomiting or abdominal pain. If after drinking the first cup of this tea notice these symptoms, stop using this tea. 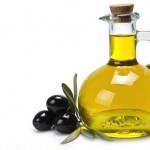 What Are The Healthy Benefits Of Olive Oil 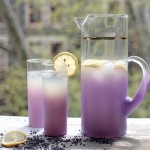 Ginger And Lavender Against Headache 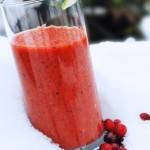 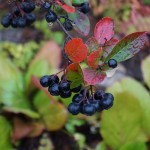 « Facts About Vitamins
Make Up Trends That Every Woman Should Try »