Without a doubt, vitamin D is important for strong immunity. Although we have observed the benefits of this increasingly popular vitamin for years through the prism of protecting bone mineral density, today we know that it is a powerful anti-infective nutrient.

A study by Norwegian scientists published in 2009 compared the status of vitamin D in the population and mortality from influenza and pneumonia, at the level of one year and the last two decades of the 20th century. In both periods (1980–1989 and 1990–1999), the mortality rate was very low during the period when vitamin D status was at its peak.

This led them to think that the seasonal variations in the incidence of influenza that are related to the host (human), perhaps more than they are affected by differences in virus strains from year to year. The same strain of the virus appears to be present in hosts for extended periods, over two or more years. However, the manifestation of the disease depends on the weakening of the host immune system. Therefore, the authors hypothesize that seasonal variation in influenza mortality rates is associated with seasonal variations in vitamin D status.

Before the era of antibiotics, tuberculosis therapy was based on exposing patients to sunlight in sanatoriums. The same strategy was recorded for the 1918-1919 pandemic flu. Many years later was discovered that the active form of vitamin D (1,25-dihydroxy vitamin D3)stimulates the production of cathelicidins that play a central role in innate immune defense.

Namely, it is believed that the increased frequency of colds and pneumonia during the winter, among other things, is associated with reduced exposure to sunlight. Consequently with decreased values of the active form of vitamin D in the blood.

Scientific studies have shown an association between low vitamin D concentrations and the incidence of multiple infectious diseases. Especially infections of the upper respiratory system and enteroviruses, but also pneumonia, ear infections, dengue fever, hepatitis B and C and HIV infections.

The basic mechanism underlying the anti-infective effect is the effect on the expression of cathelicidin and beta – defensin 2 in phagocytes and epithelial cells. Vitamin D shows efficacy especially in the case of enveloped viruses such as influenza viruses and coronaviruses (which possess a lipid envelope with protrusions on the surface).

Most research has been conducted on children and adolescents, and many of them have shown the benefits of supplementation. Vitamin D replacement therapy in immunocompromised patients may reduce the need for antibiotics, and monitoring and correction of poor vitamin D status is recommended in these patients. Positive effects of supplementation have also been observed in the supplementation of patients with Crohn’s disease for the purpose of preventing respiratory infections.

Studies clearly show that vitamin D undoubtedly forms a link in a chain of complex factors that contribute to the immune response. Therefore, monitoring the concentration of vitamin D in the blood and maintaining optimal status is a strategy that may contribute to defense against respiratory infections. Especially in the elderly and patients with a number of other diseases.

Can we link COVID-19 and vitamin D?

Based on previous research, we can hypothesize that good vitamin D status may reduce the risk of viral epidemics and pandemics in a number of ways. Adequate levels of vitamin D are unquestionably important for maintaining bone mineral density and muscle mass and strength. Poor vitamin D status is associated with malignant, cardiovascular, autoimmune and neurological diseases as well as chronic respiratory diseases, diabetes and hypertension. It is these diseases that are associated with the highest number of deaths among COVID-19 patients.

An important link in the chain

To the question “Can vitamin D strengthen the body to fight viral respiratory infections, flu and SARS-CoV-2 virus infection?” there is no unequivocal yes / no answer. There are still not enough scientific studies to show that vitamin D replacement is an effective strategy for the prevention and treatment of viral infections. However, if we take into account all previous knowledge and facts, it seems that the additional use of vitamin D makes sense. Especially in at-risk groups such as the elderly and the chronically ill and people who are not exposed to sunlight.

In addition to prevention, the use of vitamin D may be useful in reducing the mortality rate from viral respiratory infections, possibly including COVID-19. In addition, the use of vitamin D as an adjuvant for new vaccines against influenza viruses as well as other viruses should be considered. Vitamin D is one link in a row. Responsible behavior and strengthening the immune system through diet and smart choice of dietary supplements can contribute to the defense against the virus. 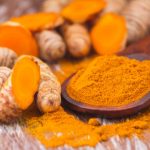 All the Powers of Curcumin: the Impact on the Immune System 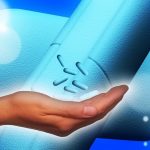 Do Dietary Supplements Help in the COVID-19 Epidemic? 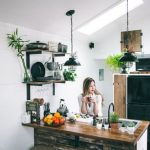 Healthy Home for a Healthy Body 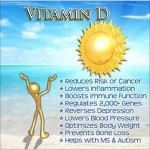 What Is Vitamin D Good For 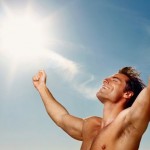